Bacon, burgers and sausages are as big a cancer threat as cigarettes, global health chiefs are to rule.

The World Health Organisation is to list processed meat among the most cancer-causing substances, alongside arsenic and asbestos.

Fresh red meat is also due to join the ‘encyclopaedia of carcinogens’ and is likely to be ranked as only slightly less dangerous than the preserved products. 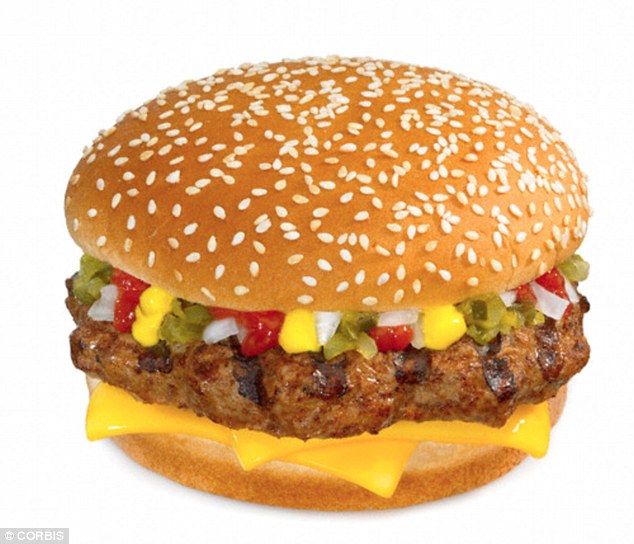 The World Health Organisation is to list processed meat among the most cancer-causing substances, alongside arsenic and asbestos

The rulings, revealed to the Mail by a well-placed source, will send shock waves through the farming industry and the fast food sector.

They could also lead to new dietary guidelines and warning labels on packs of bacon.

The classifications, by the WHO’s International Agency for Research on Cancer, come amid mounting concern that meat fuels the disease which claims more than 150,000 lives a year in the UK.

Links to bowel cancer, Britain’s second biggest cancer killer, are particularly strong, with estimations that half of cases could be prevented by healthier lifestyles.

The Department of Health’s scientific advisers recently concluded that red and processed meat ‘probably’ increase the odds of bowel cancer.

But the WHO is expected to go further by saying processed meat causes cancer.

The decision, due on Monday, follows a meeting of scientists from ten nations, including the UK, who reviewed all available evidence. 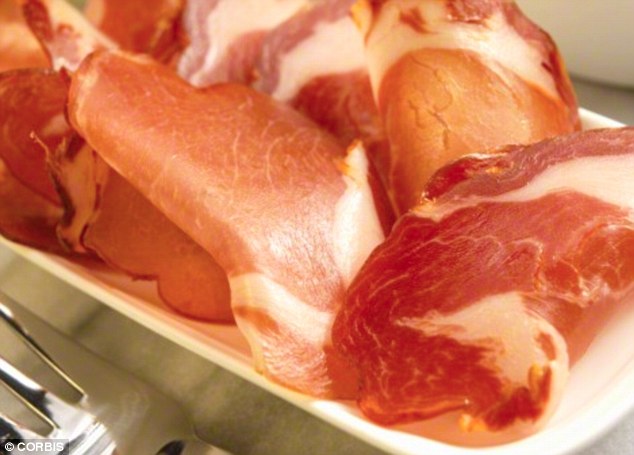 Processed meat is made by smoking, curing, salting, or adding chemicals.

Examples are ham, bacon, pastrami and salami, as well as hot dogs and some sausages. Burgers are also expected to be included.

Red meat is expected to be one rung below, ‘probably carcinogenic to humans’.

Meat in general contains high concentrations of fat and it is thought the compound that gives meat its red colour may damage the bowel lining.

Processed meat has previously been blamed for one in 30 deaths and is seen as dangerous because preserving techniques can raise levels of cancer-causing chemicals.

It is estimated that if intake was cut to 20g a day – a rasher of bacon a day or an English breakfast once a week – almost 20,000 early deaths would be prevented in the UK each year.

Any advice to cut, or avoid, processed meat will be welcomed by cancer charities.

But it could have huge repercussions for the meat industry, which will be mindful that sugar sales fell last year after the WHO issued a warning on overconsumption.

The beef sector makes £2.8billion for the economy and provides 440,000 jobs in England.

The North American Meat Institute (NAMI) said the report defied ‘both common sense and dozens of studies showing no correlation between meat and cancer’.

‘Red and processed meat are among 940 substances reviewed by International Agency for Research (IARC) on found to pose some level of theoretical ‘hazard”,’ said Barry Carpenter, president of NAMI.

‘IARC says you can enjoy your yoga class, but don’t breathe air (Class I carcinogen), sit near a sun-filled window (Class I), drink wine or coffee (Class I and Class 2A,), eat grilled food (Class 2A), or apply aloe vera (Class 2B).

‘Risks and benefits must be considered together before telling people what to eat, drink, drive, breathe, or where to work.’

The industry says red meat is rich in protein, a good source of vitamins, iron and zinc, and a key part of a balanced diet.

Professor Richard Knox, a former Institute of Cancer Research expert, said ‘most cancer deaths will not be due to bowel cancer and even fewer linked to meat consumption’.

Government guidelines on red meat, given in 2011, recommend adults eat no more than 70g a day.

Source: by Fiona Macrae and Stephen Wright for the Daily Mail – Processed meats added to list of substances most likely to cause cancer | Daily Mail Online

0 0 0 0 0
Previous : The Whole Food, Plant-based Nutrition Extended Time With My Love
Next : Time Magazine Cover: “Unlimited Energy. For Everyone. Forever”