Organic is even healthier and cheaper

Sales of natural food have increased rapidly over the past decade, fueling the continued success of supermarket chains such as Sprouts and Whole Foods. Whether organics are really better than conventional foods is a nuanced argument, but customers bought more fresh and processed natural foods in the past decade, even during the Great Recession. According to one leading organic food trade association, sales of organics in the U.S. soared to $43.3 billion last year, an 11 percent increase from 2014. More farmers are growing organics, more families are buying them, and even the small export market for U.S. natural food is growing.

Ideas To Try In Your Organic Garden – https://t.co/px6sDi81LR

Overall, organics are still far more expensive than conventionally-produced foods, but the gap is narrowing. According to data the U.S. Department of Agriculture (USDA) released last week, the price difference for fresh produce is decreasing as more farmers transition from conventional to organic. For animal products, the price differential has declined somewhat, but organic milk and eggs, even if not so healthier to eat are still far more expensive than those produced conventionally.

Overall, however, data suggests a lower price differential will allow organics to scale, while those farmers who transition to organic agriculture will in turn benefit from higher profits due to organics’ price premium.

According to the USDA, which culled much of its information from the market research company Hartman Group, organic spinach has narrowed that stubborn price gap more than another food. Organic spinach offers the lowest price difference, with only a 7 percent gap between organic and conventionally grown. Staple crops such as carrots, potatoes and apples present less than a 30 percent difference. Consumers who choose packaged salad mixes are paying a huge premium, with the difference in price now at 60 percent.

Products with the narrowest price gaps are growing in market share. Spinach, apples and granola are examples of products in which organics are taking a larger market share as their price edges ever closer to competing foods that are conventionally grown.

Organic foods are foods produced by methods that comply with the standards of organic farming. Standards vary worldwide; however, organic farming in general  …

Organic eggs and milk pose the biggest price gaps, at 72 and 80 percent, respectively. Some of that difference is due to an increase in demand. But USDA rules, which require that feed and pasture for chickens and cows is all organic, are a huge factor in these products’ costs. Many of these products have a complicated supply chain, largely due to a longstanding shortage of organic feed here in the U.S. For example, since chickens at hatcheries producing organic eggs must eat organic feed, many producers are importing organic feed from overseas, adding to their costs and then, to their customers’ grocery bills. 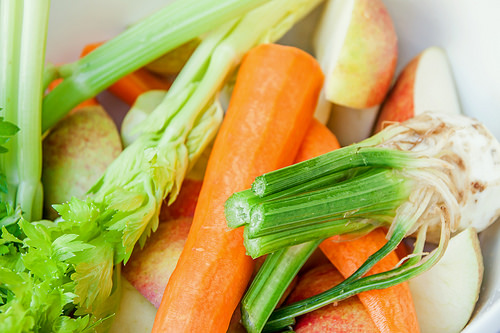 Consumers want organics, and retailers are happy to sell them. So, what’s getting in the way? The biggest obstacle for farmers is that three-year transition period it takes a farm growing conventional crops to certify their land for organic agriculture. But more companies are striving to help farmers with that period of limbo, which could help those farmers growing organics meet demand.

GMO Labeling Movie 1. How did the project start? Seven years ago, my writing partner and wife, Zoe Lister-Jones and I, stumbled onto the subject of Genetically Modified Organisms (GMOs). It was an engrossing topic, vast in scope, yet undeniably personal. We began the process of trying to understand the true nature …

The evidence suggests that such a shift is here. In the San Joaquin Valley, long a bastion of agribusiness, interest in organic farming is surging. The production of organic foods such as tomatoes, asparagus and broccoli are booming in Central California, largely because of the long-term potential to score higher profits. If the free market dictates what products succeed, then organics are in for long and sustained growth.