On Monday, NASA announced evidence of water on Mars – not water in the distant past, but in the contemporary life of the red planet. “Right now, 140 million miles away, somewhere on the frigid surface of Mars, there is water forming,” the Atlantic reports of an announcement by NASA. “Scientists announced they have strong evidence that briny water flows on the planet, a critical step toward identifying possible life on Mars.” 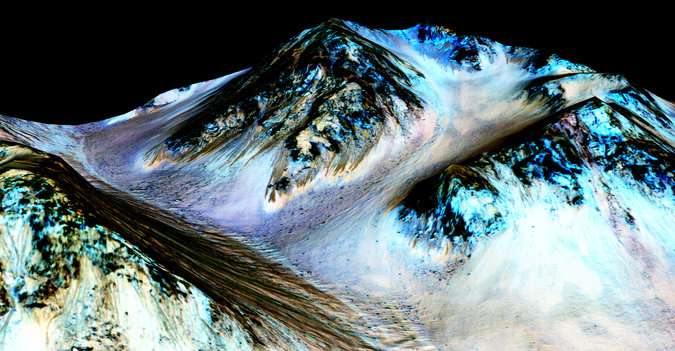 This is not the first time scientists have suspected water, but it’s the most solid announcement from the scientific community. Of course, anyone who’s ever read a science-fiction novel or watched an old film about Mars immediately pictured little green men.

But what does the new report mean – and not mean? We spoke to Derrick Pitts, the chief astronomer and planetarium director at the Philadelphia science museum the Franklin Institute; he’s also been a guest of Stephen Colbert and and Craig Ferguson. The interview has been lightly edited for clarity.

Let’s start with today’s news about Mars. What does this tell us that we didn’t know?

So what we learned today is that NASA has definitive evidence that there is liquid water acting on the surface of Mars today. They didn’t see water flowing, but they saw, instead, the precipitate of salt that would come out of water when that water evaporates.

For someone like you, who pays attention to the heavens, how shocking was this?

It depends on where you are on this. If you follow the Mars story pretty closely, you’ll find that this is not surprising. It’s not surprising because the actual observation of the features that were revealed today, those pictures have been around for at least five years. If you are a student of geology at all, you could look at those pictures that have been around for five years and say, “A-ha – that looks like evidence of some liquid on the surface, because of the way the wet surface grows in extent in length, then seems to disappear over time. The recurring aspect of this would lead someone familiar with the story to recognize what’s going on here.

The most important thing that’s going on today is that NASA has confirmed that they have a strong enough body of evidence that they feel confident to say that the features are caused by liquid water. 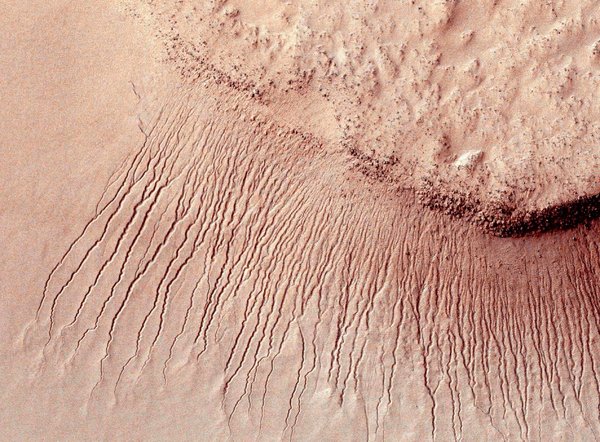 So it’s not another case, which we’ve seen before, announcing that Mars has had water many thousands of years ago. This is seasonal change in the present.

That’s a good way to say it. We can look at the surface features of Mars and easily see that billions of years ago, Mars had more water. I’m telling you, I was looking at satellite pictures of Mars, back in the late 1970s/early ‘80s, and I knew for certain I was seeing fluvial erosion created by water. But there were no landers on the ground. Now we’re much more confident.

There were people – you included – who were pretty confident that there was water on contemporary Mars, not in the distant past… How long ago were you and your colleagues pretty certain of it?

At least five years ago. I’d look and say, “Yeah, OK, it looks to me like there is still some kind of water activity going on now.”

The funny thing about Mars – not the case with the other planets – is that there have been rumors and fantasy and mythology about water and life on Mars going way back. What make Mars special in the imagination?

Mars has been the subject of speculation about life since the early 20th century, since the crude observations made at that time seemed to indicate that there was liquid water flowing on Mars. And that it was probably connected to some civilization… 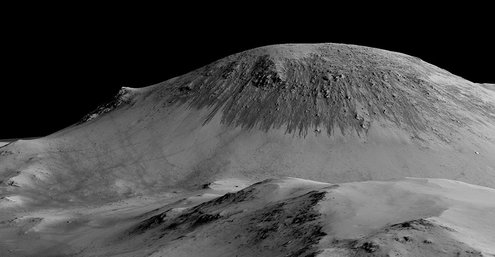 The “canals” of Mars, right?

Yes the canals of Mars… But nowadays, we actually have scientific evidence of what the surface looks like – not canals. What we were seeing back then were dust storms and things of that sort. What we are seeing now, because of close-up satellite images, indicate the presence of water billions of years ago.

Does NASA have a history of jumping the gun or racing ahead with this kind of thing?

No, they do not – they’re very careful that they do not do that. We’re talking about a group of the highest-caliber scientists and engineers on the planet – they know how to be careful, how not to jump to conclusions. Not perfect, but very cautious.

Remind us laypeople about the evidence of water and potentially life in other parts of the solar system, including the moons of the gas giants.

There are two other places in the solar system – one is a moon of Jupiter, the other a moon of Saturn – where we find a construction where the moon has an outer layer or ice that overlays an ocean of liquid water underneath. If that ocean is liquid, the supposition is that perhaps there is a chance that life has evolved there, since the type of life that we’re familiar with is completely based on water. That’s just a supposition – we have no other evidence except that startling fact that we found water on these moons, which was completely unexpected. 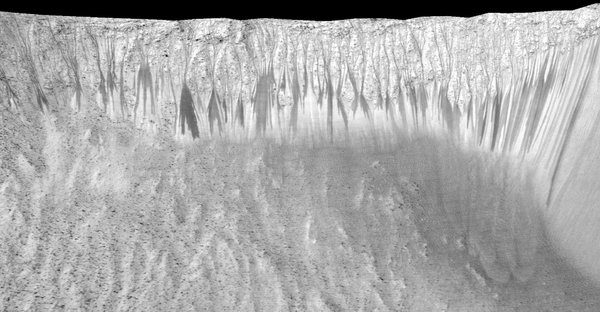 It sounds like we know more than we used to, but there’s still a lot more to know. Maybe our grandchildren will get some of the answers to these questions.

You’re right – we know far more than we ever have known before. And the knowledge we’ve gained in the last decade has completely changed our knowledge of the solar system and the galaxy and the universe. I think our grandkids are in for a great ride in terms of understanding all of it, and our place in it.

Scott Timberg is a staff writer for Salon, focusing on culture. A longtime arts reporter in Los Angeles who has contributed to the New York Times, he runs the blog Culture Crash. He’s the author of the new book, “Culture Crash: The Killing of the Creative Class.”

0 0 0 0 0
Previous : September & October 2015. Is This Really A Usual Period?
Next : Why does life on Earth seem faster than before? Schumann Resonance Acceleration