For thousands of years, humans have kicked balls around fields. Now every kick of a ball has the potential to provide electricity for students who don’t always have it. The brilliance of Soccket is channeling the most popular sport on the planet to address a global shortage of electricity. “If we just wanted to give people power, we’d just give them solar panels,” said Uncharted Play CEO Jessica O. Matthews. “The purpose is reaching people in a way that’s enjoyable and fun and exciting.”What started in 2009 with a heavy ball that didn’t bounce well has steadily grown. Now the Soccket weighs only three ounces more than a typical soccer ball. Uncharted Play plans to make 50,000 a year.“I feel good now to do hundreds of thousands.

It wasn’t until now that I’m like, ‘this thing is awesome,’” Matthews said.Uncharted Play has sent the most Socckets to Mexico. They’ve also done pilot programs in South Africa, Nigeria and Tanzania, where President Obama tried one.When the ball rolls a mechanism inside it rotates. That powers a generator, which charges a battery in the ball.The ball has a headphone jack built in which is connected to a charging station to transmit power. 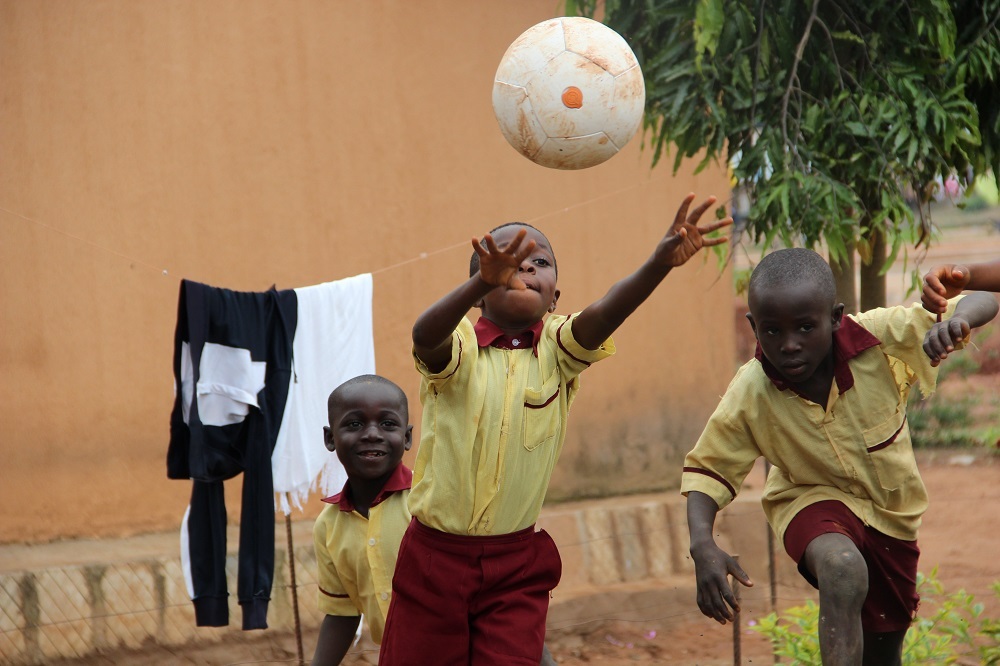 When the Soccket rolls, a mechanism in the ball rotates, which powers a generator and charges a battery. That energy charges portable lights. (Courtesy of Uncharted Play)

USB cords are then attached to the charging station and used to charge up to five portable lights at a time. With 30 minutes of play from the average child, three hours of LED light will be provided. Students take the lights home and use them to finish homework or other tasks.Uncharted Plays makes a point to distribute the balls to schools, not sprinkle them among random lucky kids.“It’s almost as if you’d go to the Bronx and give one kid a pair of Jordans and walk away.

That kid immediately has a target on his back,” Matthews said.Keeping the balls at schools also encourages parents to send their children to school, so they bring home the lights. Uncharted Play gives out one ball for every five students at targeted schools, and includes five portable lights with each ball.The nearly 9,000 Socckets that Uncharted Play has made already have been financed by corporate sponsors such as State Farm.

This week Uncharted Play began giving individual supporters a chance to directly pay for a Soccket.or $99 a customer receives their own Soccket ball and supports one child in the developing world. Matthews wants the company to grow the retail side of its business, while also maintaining relationships with corporate sponsors.

The balls are currently manufactured in Newburgh, N.Y.Uncharted play is also finalizing a jump rope, which will generate four times as much power as the Soccket. The jump ropes are made with the help of 3D printers. Matthews says her organization has a power-generating skateboard in the works as well, which could be a good fit in Brazil.