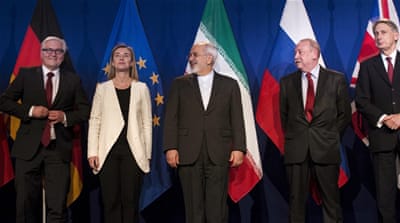 The United States, Iran and five other world powers have sealed a breakthrough framework agreement outlining limits on Iran’s nuclear programme to keep it from being able to produce atomic weapons.

“This is a crucial decision laying the agreed basis for the final text of joint comprehensive plan of action. We can now start drafting the text and annexes,” said Mogherini, who has acted as a coordinator for the six powers – Britain, China, France, Germany, Russia and the United States.

The US and Iran each hailed the efforts of their diplomats over eight days of marathon talks in the Swiss city of Lausanne.

Speaking at the White House, US President Barack Obama called it a “good deal” that would address concerns about Iran’s nuclear ambitions. The US president said that the US and its allies had “reached a historic understanding with Iran”.

The Islamic Republic has been promised an end to years of crippling economic sanctions, but only if negotiators transform the plan into a comprehensive pact by June 30.

US Secretary of State John Kerry said the agreement in Lausanne was a “solid foundation for a good deal”.

Al Jazeera’s James Bays, reporting from Lausanne, said that US diplomats still faced the challenge of convincing opposition Republican dissenters in Congress, and its strongest ally, Israel, that the deal was sufficient.

“There are a lot of places where this deal will not be accepted and one of those is Israel,” Bays said.

Obama said his security officials would be working with Israel and Arab states, including Saudi Arabia, to make sure their concerns are addressed. 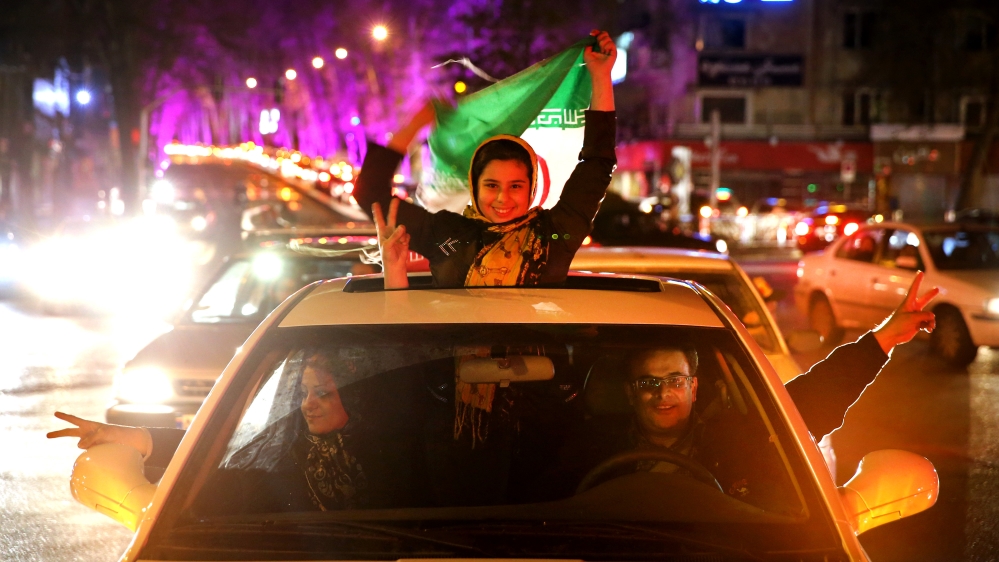 Iranians celebrate the nuclear agreement with world powers in Lausanne, on a street in northern Tehran [The Associated Press]

Israel voiced its “strong opposition” to the deal. In a phone conversation with Obama, Prime Minister Benjamin Netanyahu said a final deal based on this agreement “would threaten the survival of Israel”.

House Speaker John Boehner said it would be “naive to suggest the Iranian regime will not continue to use its nuclear programme, and any economic relief, to further destabilise the region”.

But Obama said that the issues at stake are “bigger than politics”.

“These are matters of war and peace,” he said, and if Congress kills the agreement “international unity will collapse, and the path to conflict will widen”.

The deal will limit Iran’s nuclear activity to the Natanz plant and reduce the number of centrifuges it operates from 19,000 today to just over 6,104.Iran has also agreed to not build any new facilities for the purpose of enriching uranium for 15 years.

Zarif said the countries had agreed on  an elaborate mechanism if any of the parties to the agreement “returned to old practices” and reneged on their obligations.

“We will not allow excuses that will allow a return to the old system,” Zarif said.

Mogherini said the seven nations would now start writing the text of a final accord.

She cited several agreed-upon restrictions on Iran’s enrichment of material that can be used either for energy production or in nuclear warheads. She said Iran will not produce weapons-grade plutonium.

Sanctions related to Iran’s nuclear programmes would be suspended by the US, the United Nations and the European Union after the International Atomic Energy Agency has confirmed Iran’s compliance.