The new centre-right government coalition in Finland committed to run a basic income pilot project. It is however unlikely that a pure unconditional basic income has any chance to be experimented, says BIEN Finland‘s chairman Otto Lehto in this interview.

The Basic income community worldwide is getting excited about the Finnish government’s commitment to launch a basic income experiment. Are you enthusiastic too?

We have certainly reached a historical point. For the first time, in the general elections of April 2015, the majority of the MP’s in the Finnish Parliament have expressed their support, ranging from mild to strong, for basic income. This data derives from the answers given by candidates during the last election. The majority of the Finnish public has also expressed its support for the idea. This is the result of many years of active public debate and discussion, including our much-publicized but ultimately unsuccessful citizen’s initiative campaign (2013). 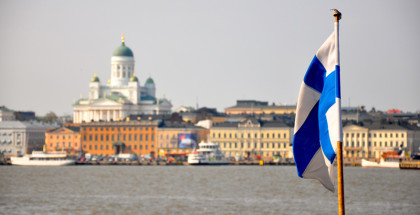 The new government, led by Prime Minister Juha Sipilä from the Centre Party, has committed itself to setting up a pilot project for basic income. However, premature enthusiasm should be dampened by realism. For one, it is not entirely clear whether people understand the term in the same way. Many MP’s support a BIG that is conditional, means-tested and non-universal.

Secondly, there are elements in the government, including powerful ministers, who oppose UBI and will undoubtedly do their best to abort, or at least water down, the pilot experiment.

So there are reasons to be optimistic but also reasons to worry about the outcome.

How will this pilot project be conducted?

The government hasn’t announced the details yet. The public announcements have been sparse. The government should roll out more details in the coming months. In the past, Prime Minister Sipilä has expressed his support for a regional study conducted under the advice of experts.

Has the Centre Party of Finland been a strong basic income supporter in the past?

The party has traditionally been in support of a basic income or a negative income tax, at least since the 1990’s. However, unlike the Greens and the Left Alliance, who have quite detailed calculations, the Centre Party has never specified what kind of a basic income model it supports. In addition, the party has been quiet on the issue for a long time. The youth wing of the party, however, has been working together with BIEN Finland to advocate for a proper Basic Income.

Support for the basic income renewed itself in the party since september 2014, after the new party leader Prime Minister Sipilä, expressed his support for setting up a pilot project in Finland. At the same time, the influential think tank Sitra funded a report by Tänk (November 2014), which provided a roadmap for setting up a pilot project for BIG.

These developments have led to this point. However, the leaders of the party are still divided on whether this should be a proper BIG or a means-tested, conditional form of BIG.

How about the other parties involved in the current governing coalition ?

The other government coalition parties (the True Finns and the National Coalition Party) are equally divided on the issue, so it is unclear on whether a “pure” Unconditional Basic Income has any chance of even being tried. The current leadership of those parties is unfortunately quite opposed to the idea, or at least suspicious of it, even though there are many supporters in the rank and file members of the two parties.

So, although the Centre Party has managed to include the basic income pilot project into the government’s agenda, it is not very high on the list of priorities for the other coalition parties.

And, to complicate matters, the new government has expressed its intention to increasing the work requirement of social security in order to reduce the costs of the welfare system, while at the same time pushing for a basic income experiment! The same ambivalence is reflected in their statements released to the media. The schizophrenic push and pull between these mutually incompatible goals — piloting an unconditional basic income and simultaneously increasing the conditionality of social security benefits – makes predicting the future difficult.

In this context, how will BIEN Finland stand?

The BIEN Finland network has strong existing connections to many of the opposition parties (including the Green Party and the Left Alliance, which are both strong supporters of basic income). Due to accidents of history, we have weaker connections to the government coalition parties, with the exception of a handful of MP’s, think tanks and the youth wing of the Center Party, so we have had little influence on the planning of the basic income pilot project.

Nonetheless, we will continue to proactively offer our expertise to the government. We will follow the developments as they happen, and inform the European network as soon as we know more about the upcoming pilot program.

Co-Founder of the French Movement for basic income and coordinator of Unconditional Basic Income Europe. Also journalist in a previous life.

0 0 0 0 0
Previous : Fungi expert holds the patent that could change agriculture forever
Next : Best Speech Ever Made About Men In A Sustainable Society