Chicken Meat and all the dangerous facts of nutrition

Arsenic contaminated chicken has been an issue in the United States for quite sometime. In 2011, the FDA reported that inorganic arsenic was present in non-organic chicken samples. In most instances, these reports are restricted to a specific region of the country. However, in 2015, the FDA admitted that a whopping 70 percent of chicken purchased in the U.S. contains arsenic.

Arsenic is a natural element that acts like a metal. In its organic form, arsenic is present in the Earth’s crust, soil, water and air. Inorganic arsenic, on the other hand, is produced by industrial processes like mining and cold-fired power plants, and is present in the air, water and soil, according to GreenFacts. Long-term exposure to arsenic has been linked to a host of health problems, including type 2 diabetes, cognitive defects in fetuses, heart disease and various cancers.

Chicken is the most common type of poultry in the world. In developed countries, chickens are … Chicken meat contains about two to three times as much polyunsaturated fat than most types of red meat when measured as weight percentage.

But how does arsenic windup in chicken specifically? It largely has to do with a drug known as roxarsone, which is intentionally added to chicken feed in order to give chicken its color and the illusion that is it healthy. According to an FDA press release:

“Published scientific reports have indicated that organic arsenic, a less toxic form of arsenic and the form present in 3-Nitro® (roxarsone), an approved animal drug, could transform into inorganic arsenic. In response, scientists from the FDA’s Center for Veterinary Medicine and the Center for Food Safety and Applied Nutrition developed an analytical method capable of detecting very low levels of inorganic arsenic in edible tissue.”

Roxarsone and other drugs have been shown to be added to as much as 90 percent of non-organic chicken in the U.S.. In response, Pfizer, among other drug companies, decided to withdraw roxarsone drugs from the market at the beginning of last year. Nevertheless, drugs that have similar effects are still widely used.

Although Roxarsone was removed from supermarket shelves, the FDA persisted to claim that the arsenic in most chickens was so low that they were safe to eat. What is ironic is that the FDA had noted arsenic is a carcinogen, a substance capable of causing cancer. In the past, the FDA tried to deny that arsenic present in chicken feed was also present in chicken meat, which is, in turn, consumed by people. 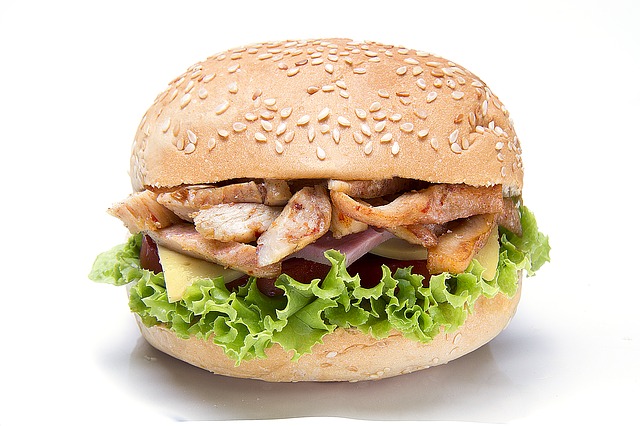 Organic meats are not health foods

It is clear the FDA cannot be trusted to do its job. These revelations underscore the importance of purchasing organic chicken, which are raised on farms that do not use roxarsone, arsenical drugs, or GMO feeds laced with pesticides.

Although purchasing organic food can be pricey, it’s not nearly as expensive as doctor bills. In order to get the most out of your organic chicken, purchase the whole chicken, roast it entirely and use the bones to make a healthy bone broth. Be sure to strip off the meat from the bone, which can be used to top salads or it can be made into a chili. If eating chicken still makes you weary, consider alternative sources of protein, such as beans, nuts, tofu and wild salmon.

To learn more tips about how you can reduce your risk of cancer through healthy eating and lifestyle habits, be sure to attend this year’s Natural Cancer Prevention Summit. You can signup for this FREE online event by clicking here.

FDA admitted that chicken meat contains cancer-causing arsenic, why are you still eating it?